Values and ethics are central to any organization;

Values are the embodiment of what an organization stands for, and should be the basis for the behavior of its members.

I’m not sure what the values of the club are today.

I felt I had some kind of grasp of Arsene’s commitments to entertaining, honest football and his treatment of the players is the stuff of legend. The now sadly lost Hill-Wood’s family’s almost century-long custodianship of the club, was as enduring as the class that became synonymous with a very special institution indeed.

But the wider values of The Arsenal have been dismantled during the Kroenke years when our conversion from ‘club’ to business was completed.

Fans have become ‘customers’ and there is, for example, very little genuine affection for the Emirates as there most definitely was for Highbury, amongst these consumers.

At least some of that has been down to the process of employee-cleansing, the aggressive removal of all those staff who worked on match days as stewards, bar staff, in the shop(s) and the tours and museum. Almost overnight, staff with decades of service – sometimes families – were removed (‘or let go’) from the official payroll and told they were no longer to be considered Arsenal staff.

All were placed on zero hour contracts with no guarantee of work from one week to the next, let alone other normal employee rights and conditions. Many staff have become forced to top up their income with a nightmarish balancing of state benefits in bad weeks and declarations of non-entitlement in good weeks. Miscalculations can see you criminalized for scrounging off the state yet none of them choose to live or work like this. Huge numbers of the original staff left in droves, forced by circumstance to secure more reliable work from more appreciative employers.

Spirit of the club is gone

This employee-cleansing has been hugely efficient for Arsenal but so much of the spirit of the club went the way of the bath water. Most of the old staff were fans of the club; today the club couldn’t care less who you support and you see new faces at every turn.

So, as far as our values go, if most of the staff running the club don’t really care for it, what exactly are we left with?

The fans and the players? Excuse me if I fail to value a fan base happy to run our best manager out of town after a couple of disappointing seasons. Excuse me if I don’t hold our players (or those of other clubs) to some notional standard of ‘loyalty’ to the fans or the club.

It just isn’t there anymore.

No, I’m not sure of the values of Arsenal anymore; ultimately these changes are part of the price we have paid for morphing into a ‘big’ club with ‘ambitions’.

Show your support by Liking this blog or leaving a Comment below.

Subscribe and receive this blog directly in your mailbox immediately after publication. 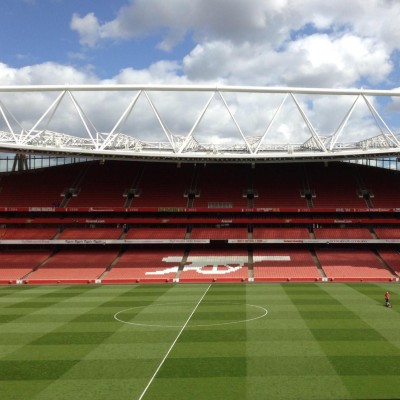