In the end, the bulk of my conviction does not come from statistics anyway. It comes from…everything. All the games watched, all the years, all the incidents.

General limitations of mind, and this mind in particular, mean it is an irregular database alright, and, worse, subject to natural human bias and similar phenomena, too. Yet I still feel, even after taking all that into account, am pretty damn sure about what I have witnessed.

What I saw was teams upping their aggression levels, fair and foul, against Arsenal, and referees generally behaving as though it was not their job to discourage the foul part of the equation. One very obvious consequence was that it raised the chances of a serious injury from a bad foul higher than it should be in football. Sadly, not just the chances.

We are asked, or told, to believe that it was luck, bad luck, that did for Diaby, Ramsey and Eduardo. Wilshere, too, though his devastating ankle injury from a very bad foul from McNair is largely kept off the books. Accidents will happen

My dear friend Copperfield,’ said Mr. Micawber, ‘accidents will occur in the best-regulated families; and in families not regulated by that pervading influence which sanctifies while it enhances the – a – I would say, in short, by the influence of Woman, in the lofty character of Wife, they may be expected with confidence, and must be borne with philosophy.

Woman. Wife. Ref. Our games were not well regulated affairs and the pervading influence was not one which sanctified and enhanced the game. Therefore ‘accidents’ could be expected with confidence, if not borne with philosophy. Here is Theo Walcott, putting it well in his autobiography.

People talked afterwards [he is discussing Ramsay’s broken leg] about how some clubs target Arsenal because they they think kicking us will jolt us out of our stride. It’s the old ‘they don’t like it up ‘em’ kind of argument. As far as I’m concerned, it’s beyond doubt. People do try and kick us. The injuries we get aren’t a coincidence. They’re a direct product of the attitude some teams take into matches against us.

Handily, a few ex players have confirmed this is not a matter of imagination, from Theo or from me. Though of course, they invariably stop short of saying how much foul play was a part of their grand plan against us, let alone acknowledging that for foul play to work well you need plenty of luck or assistance on the refereeing front.

It’s not too much of a stretch to say that a referee’s main job is to ensure fouling doesn’t pay. Though, of course, there are many who, indirectly for the most part, try and suggest fouls or dirty play are not usually pre-meditated, but are the result of over-enthusiasm, mistimed tackles (players being too quick), an unavoidable consequence of playing the game the right way, with commitment and gusto; i.e. genuine accidents, a natural consequence of players fighting passionately for their team.

In that version, a ref’s main job is to apply the laws correctly within a fast-paced, chaotic environment where players are treated in good faith that most fouls are accidents, instinctive and certainly not the result of players or teams cynically seeking large advantages through foul play. These people, who could support such a claim, are either fools or liars. If that were ever football, it has not been for a long time.

Referees, surely, did not act with Arsenal as though they wanted to reduce chances of injuries from fouls to a normal, acceptable level; nor did they act as though, basically, fouls shouldn’t pay. Ex-players confirm this pretty well. In their version, of course, it wasn’t through foul play, per se, with which they set out to beat Arsenal. Nope.

They do however struggle to set out exactly what it is without mentioning things which sound very much like a referee’s business to penalize: i.e. going right through an Arsenal  player (Jon Walters), giving them a whack, etc. The people’s game. Noble.

They tend to describe, partially at least, teams wound up beforehand to a high pitch of aggression, knowingly aiming to improve their odds of a good result through, well, ha, ‘getting in their faces’, getting about them, getting stuck in. Most important, getting the crowd up.

What judicious aggression it must have been, eh. And though the perpetrators show so little evidence of it off the pitch, what geniuses of aggression they must be. To gain huge advantages through aggression, to the extent they can make a team full of top football players, with experience of the game at all sorts of levels around the world, struggle and often capitulate, while not incurring the sort of penalties (including literal penalties) which hang, Damocles like, over any and all attempts to prosper through foul play. Were they so smart, or was the sword above their heads too often substituted for, well, an inflatable hammer, one of those foam hands, or something? 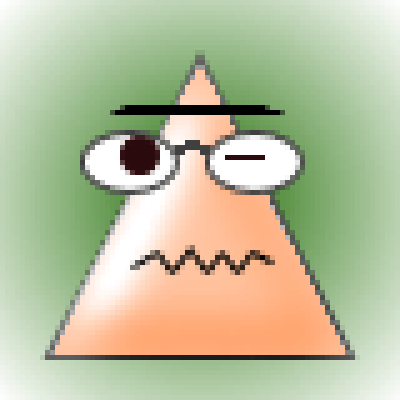