We didn’t bring Europa home sadly. Or did we? Seeing as The Emirates Stadium will be one of two places in England to watch the Europa League competition next season, its coming home innit?

Personally I don’t have a problem against playing in the Europa League. You sometimes get what you deserve especially in football. What I actually don’t get are the fans who said The Europa League was a tin pot competition and are now upset that their club lost. Please take a full dose of ‘make up your mind mycin’.

And talking about what you deserve, a case can be made that the Arsenal fan base, especially the Anti-Wenger lot, deserve nothing after years of campaigning at the top of your voices that:

Hopefully you lot now have the humility to eat your words or hide your face in shame.

From Day One, I have always insisted that Unai Emery like every other Premier League manager deserves three transfer windows before you can judge him or before he can make the team his own. If you allowed same privilege to Guardiola and Klopp, why not to Emery?

I hope Emery is sincere in saying he feels very comfortable in the club and he is part of a rebuilding process. I hope the club is as positive with his first year as the joint CEOs have said and they stick with him for a while. Rebuilding isn’t a one-season process. Nobody wants to be like Manchester United post Alex Ferguson.

If there are any pro-Wenger/anti-Emery fans out there taking delight in the current state of things, please be aware that Arsene Wenger only wants positive things for Arsenal. You are desecrating the legacy of Wenger with your anti Emery moaning.

By the way, please lay off Kroenke. He has like one billion pounds riding on Arsenal’s success. If there is a one percent drop in Arsenal’s enterprise value, Stan is losing about ten million pounds. You don’t have as much a stake in Arsenal as he does. Concentrate on supporting and not running the club or criticizing the owners for not playing monopoly with real money for your benefit.

Will Emery Have Time

Hopefully Emery will have all the time the club wants him to have. If truth must be told, it is difficult to see the direction of travel on the basis of what we have witnessed this season. Yes we have won more points than last season but last season isn’t the gold standard. Points won in any season depends on so many variables that comparing one season with the other on the basis of points is useless. So what if Liverpool won 97 points in the just concluded season and that would have been sufficient to win the league since Jesus Christ was born? The fact remains that Liverpool didn’t win the league in the season they got 97 points. How is there performance this season better than the last time they finished second? How can you reasonably say they are better than the league winning Manchester United or Arsenal sides who won with fewer points?

While I never expected much for this season as it was meant to be a transitional one, for us to get to where we were in Week 32 after the Everton game at Goodison Park was remarkable. It doesn’t matter what your opinion of our performance pre and post this stage of the league was. If you say we were lucky; others were terrible; the results glossed over the performance etc. It all counts in football. What matters though is we then proceeded to lose ‘Top Four’ final games against Crystal Palace, Wolves, Leicester and Brighton. The last one was a ‘loss’ from the Top 4 perspective. We have topped of those losses by losing the Europa League final.

I didn’t see a lot wrong with the first half but the second 45 minutes was shocking. Others have observed that the tunnel cameras showed how relaxed the Chelsea boys were at the start of the second half while the Arsenal players looked all nervous. Maybe the Arsenal players wanted it so much they froze. But conceding three goals per game has been the hallmark of our last few weeks of football. I do not think this is a coincidence.

Our form in the Europa League like our form in other competition has been patchy. Our performances against Sporting Lisbon both home and away were indifferent. We lost to Bate Borisov away while playing badly. We also lost to Rennes in a self destructive way. Our away performance against Napoli was poor. We were on the ropes against Valencia at The Mestalla for 16 minutes until Aubameyang popped up with his first goal on the night. The high I felt after the Valencia win has been deflated by this limp performance in the Europa League final.

You can make a case for every single one of the eleven starters departing if that is how they perform in a season defining game.  Our game changing strikers received little or no service. Final balls were delayed or over hit and fair to say the Chelsea defence appeared well prepped to deal with the cutbacks from the wingbacks that is now Emery’s signature way of playing.

On his performance during the Europa League final, Ozil did not help his case and that of his admirers. Yes the manager’s tactics doesn’t play to his strength but the game plan would have required him to contribute something in the role he played. If the manager’s style doesn’t suit you, shouldn’t you be ironing this out before the game?

While I greatly admire Koscielny, I will recommend that he grabs the two-year contract he is after if any club offers it to him.  Why Koscielny and Cech can get done by a bread and butter goal from Olivier Giroud is bewildering. It is not as if they don’t know him.

Ainsley Maitland Niles gifting two goals to Chelsea is beyond comprehension.  I have always told anybody who cares to listen to me that football comes too easy to AMN and that is why he makes those gaffes. Sometimes we have been lucky to get away with his errors. The young man needs to grow up fast, it is remarkable that he is the only one of his Arsenal generation to break into the first team but he won’t remain in the first team if he continues to commit match defining errors. No team, not even a team of football’s Harlem Globetrotters should win a game after gifting their opponents two goals.

Yes, we lost a final. It is painful when that happens. But we only lost a game albeit a very important game that could have helped the club, its players and manager evidence that little bit of progress. The manner of the loss is upsetting. Even if it had ended in a respectable score line, based on the performance, we weren’t assertive enough and appeared too cautious. Critically, one of our usual game changers gifted the opponent a goal instead of scoring against them.

On balance, I have been to Wembley twice to watch Arsenal take on Chelsea and we were a huge underdog in one of those games, nobody gave us a chance and we won. So win some lose some.

On the choice of Baku for the final, I find all the criticism and the digging out of UEFA risible. The venue of the final was known before the start of the competition. Any club that qualified for the final had 16 opportunities not to qualify for that last game in Baku and took none of it. Arsenal could have deliberately lost to Valencia and saved themselves all the wailing about the distance and logistics of going to Baku or seeing as we are sponsored by Emirates Airline, it wouldn’t have been too much for Arsenal to arrange special package via Dubai that didn’t involve extra flights or near £1,000 flight tickets. Or they could have boycotted the final. We did none of that. It smacks of hypocrisy to me.

I am looking forward to fans from all over complaining about London in 2020 when Wembley hosts the European Championships. The stuffy underground trains, the smelly and disgustingly racist people who don’t like foreigners, the expensive meals and the atrocious taxi fares.

Personally I had a great time albeit a very short one. The little I saw of Baku looked beautiful to me. With a bit of smartness, any Arsenal fan could have traveled to Baku from London for less than £500 return. The final in Baku afforded many overseas Arsenal fans the opportunity to watch their team in an European Cup final. There were many fans from Eastern Europe, Middle East, Asia, and Africa. These fans are what make Arsenal the big club it is.

I want to join Helen Steiner Rice in saying that ‘after the clouds, the sunshine, after the winter, the spring, after the shower, the rainbow …. after the night, the morning …. after life’s cares and sorrows, the comfort and sweetness of peace’

Yes. I am now a philosopher, courtesy of Arsenal.

@babagrumpy resides in England and diligently supports Arsenal, traveling to the ends of Europe this past season. He sometimes writes for The Cable in his native Nigeria. 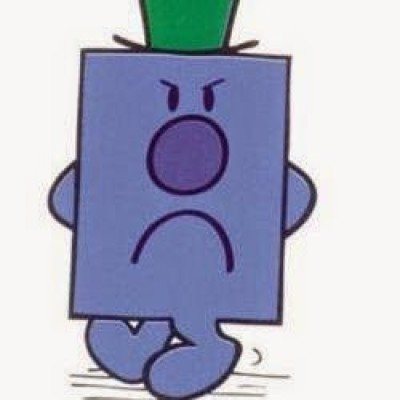